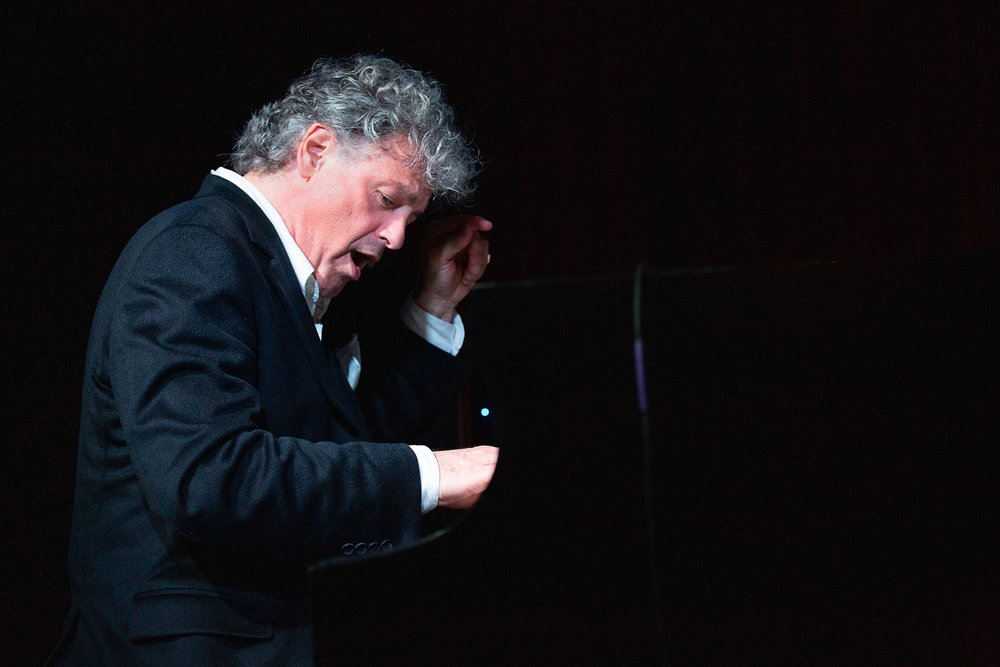 Here at The Django located in the cellar level of Roxy Hotel New York, we are proud to feature acclaimed pianist Pete Malinverni. Be sure to check out  his latest album “On the Town – Pete Malinverni plays Leonard Bernstein” on Spotify here.

TD: Congratulations on your latest album release, “On the Town – Pete Malinverni plays Leonard Bernstein”! We are so happy to have you perform at the Django this Tuesday, February 8th, with two sets at 7PM and 8:30PM. What drew you to the music of Leonard Bernstein?

PM: Many years ago, while playing a solo piano gig here in NYC, I met Leonard Bernstein. He spent most of the evening hanging out with me, and I washappy to learn that the person I’d always seen as an engaged, inspiring and passionate musician was all those things, and to an even greater extent than I’d thought, from having watched his “Young Peoples’” Concerts” and the Norton Lecture Series for Harvard. He introduced me that evening to Betty Comden and Adolph Green, with whom he wrote, “On the Town” and “Wonderful Town”, and it was a night I’ll always remember. Then, a couple of years ago, for Bernstein’s centennial, I wrote a book of four-horn arrangements featuring saxophonist Joe Lovano for a date at the Performing Arts Center at Purchase College, where I chair the Jazz Studies program. I subsequently began to play the music in the trio format, since that’s the lion’s share of performing I do, and felt that this was a good time to document the work. The result is this new recording, with which I’m pleased. As you know, musicians find it very difficult to listen to themselves on record, but when I listen to this, I like it, because I enjoy hearing the fresh interplay between Ugonna Okegwo, Jeff Hamilton and me. We had a lot of fun in the (Van Gelder) studio.

TD: As you just mentioned, your album features two of the top rhythm section players of today’s Jazz scene: bassist Ugonna Okegwo and drummer Jeff Hamilton. What drew you to both of these musicians for this project in particular?

PM:With Ugonna, it was an easy choice, since we’ve played together quite a bit over the years, I had him on my “Invisible Cities” quintet recording a few years ago, and I find him to be an always alert and agile colleague on the bandstand and in the studio. His musical erudition is strong, but so is his beautiful, bouncing quarter-note. Back in 1987, Jeff Hamilton was the first to purchase my initial recording, “Don’t Be Shy”, featuring Jeff’s mentor, Mel Lewis. He wrote me a kind note of congratulations way back then, and we’ve stayed in touch. It was important for me to play Bernstein’s music respectfully, while offering a new take on his great work, and I knew Jeff would get that concept. He did, and it was a revelation to me, to hear how he takes care of business and swings incessantly, while being so very creative as a collaborator. I flew him in for the date, from his home in LA, and we did a rehearsal and a few gigs over a four-day span and then went into the studio. It was a several day stretch that I’ll always cherish.

TD: Pete, whenever I see you perform you strike me as such a lyrical player, you also pick songs with great lyrics (so much so you may even sing a few lines to the audience mid-tune). As an instrumentalist, how do the song lyrics come into play when deciding your set list?

PM: Thanks, Ken. I do feel it’s important to know the lyric of a song, for several reasons. First, if you know the lyric, you’ll never play the melody wrong, or mechanically. Second, the lyric can give one a sense of the original mood of the song. While one may choose to explore a different mood in interpreting the song, at least it’s information one can choose to use. Finally, I like to offer the lyric every now and then in performance, as you mention, because it’s just a little more overt way to let the audience know I see them, that I’m intent on doing everything I can to help them feel the music. Words help with that, sometimes. Also, by the way, knowing lyrics is good when working with a singer, because you can help appropriately color the moods, and will know where in the song the singer is at any given time.

TD: Speaking of lyrics, you’re developing a reputation for cultivating the next wave of up-coming vocalists, as Chair of the Jazz Studies Department at SUNY Purchase College. Cyrille Aimee, Samara Joy, and now Anais Reno to name just a few. What’s your secret in developing vocalists? Is it something in the water up there?

PM: When I became Chair of Jazz Studies at Purchase, there was no Jazz Voice concentration offered. My wife, singer Jody Sandhaus, passed away a month before I took the wheel, so it becomes something of a mission for me to get that going. I feel it’s important to mainstream the singers, and they take all the same classes as the instrumentalists, so that the singers are exposed, along with the drummers, guitarists, pianists, etc., to the same theoretical information, allowing them to become active musicians, taking full and enlightened part in everything that goes on. But the other important thing is that our instrumentalists are learning how to play with singers, an important skill, as you know, of making a living in Jazz. And finally, the smartest thing I did was to ask Alexis Cole to join us, a powerhouse of a person, whose insistence on excellence and professionalism is a model for her students.

TD: What’s in store for Pete Malinverni in 2022 and beyond? Any new projects on the horizon?

PM: As we speak, the new semester is getting under way, and I can’t wait to get back with the students and see what new and exciting things we’ll find to talk about. I’ll be starting a new Jazz Choir in the Fall up at Purchase, so I’ll be working on arrangements for that group. I’ve got lots of touring in the books, to which I look forward. And, I’m working on repertoire for a new recording with violinist Juliet Kurtzman, with whom I made a recording, released during the depths of Covid-time, called “Candlelight – Love in the Time of Cholera”, on which we played tangos, music by Scott Joplin, Bix Beiderbecke and others. We’re looking at a project now focusing on the music of Thelonious Monk, about which I’m very excited. So, it’s all good – a great time to be alive!