“On 1 November 2021 Patrick C Azzara – better known as Pat Martino – died in Philadelphia. Pat Martino was undeniably a giant of jazz guitar, and his passing was discussed touchingly by many in the industry. LJN carried tributes from David O’Rourke who knew him well, and from Ant Law who was influenced by him.

Martino was a South Philly guy, but he spent some of his formative years in Harlem; New York City left an impression on Pat, and Pat left an impression on New York City. Two months after his death, some of the city’s musicians reflected on Pat Martino in their own way as part of a multimedia tribute evening in Tribeca featuring two groups – a Rick Germanson trio and a multi-guitar extravaganza at The Django, and a film screening at the adjacent Roxy Cinema.” 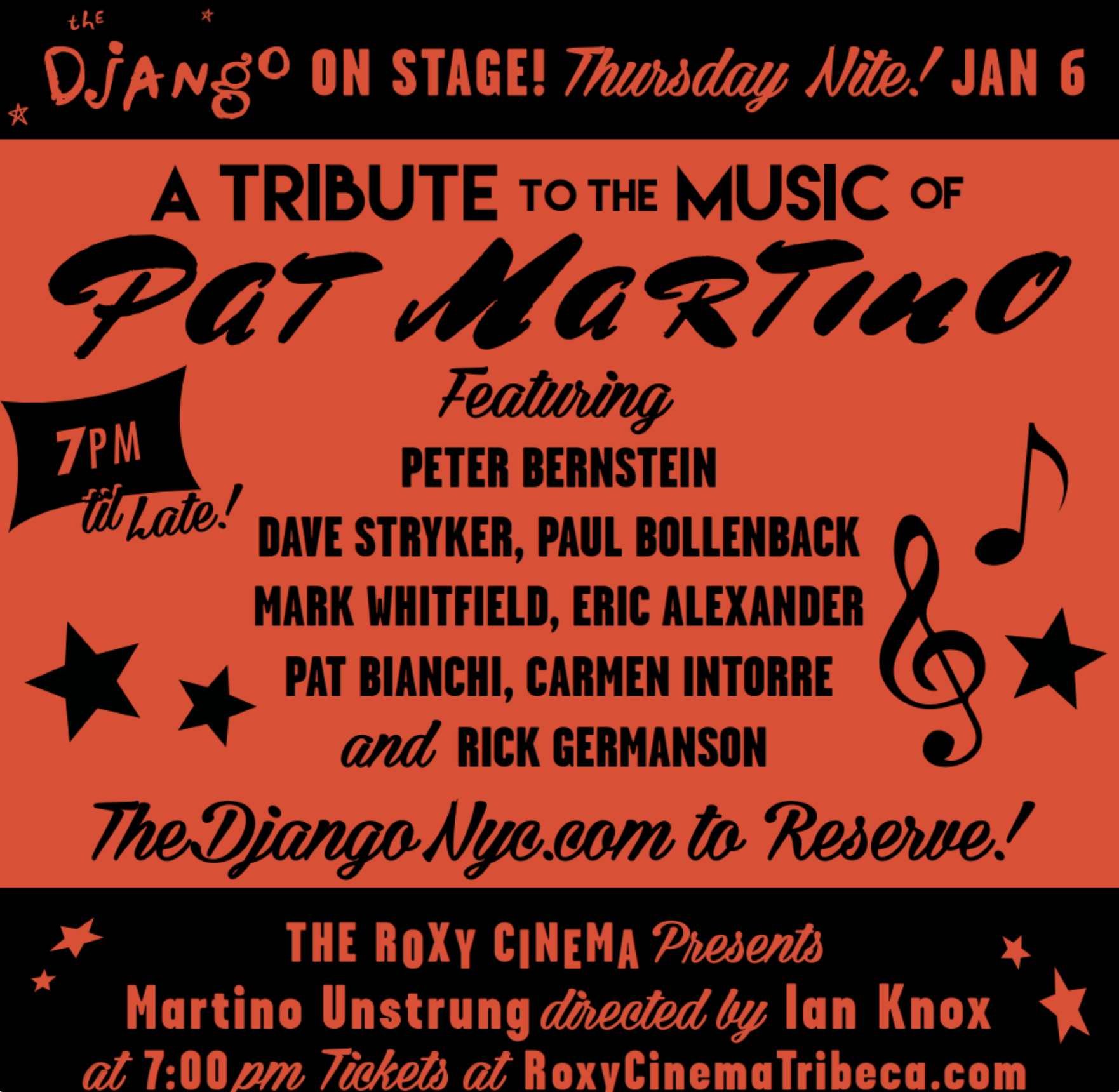 Flyer for the Evening