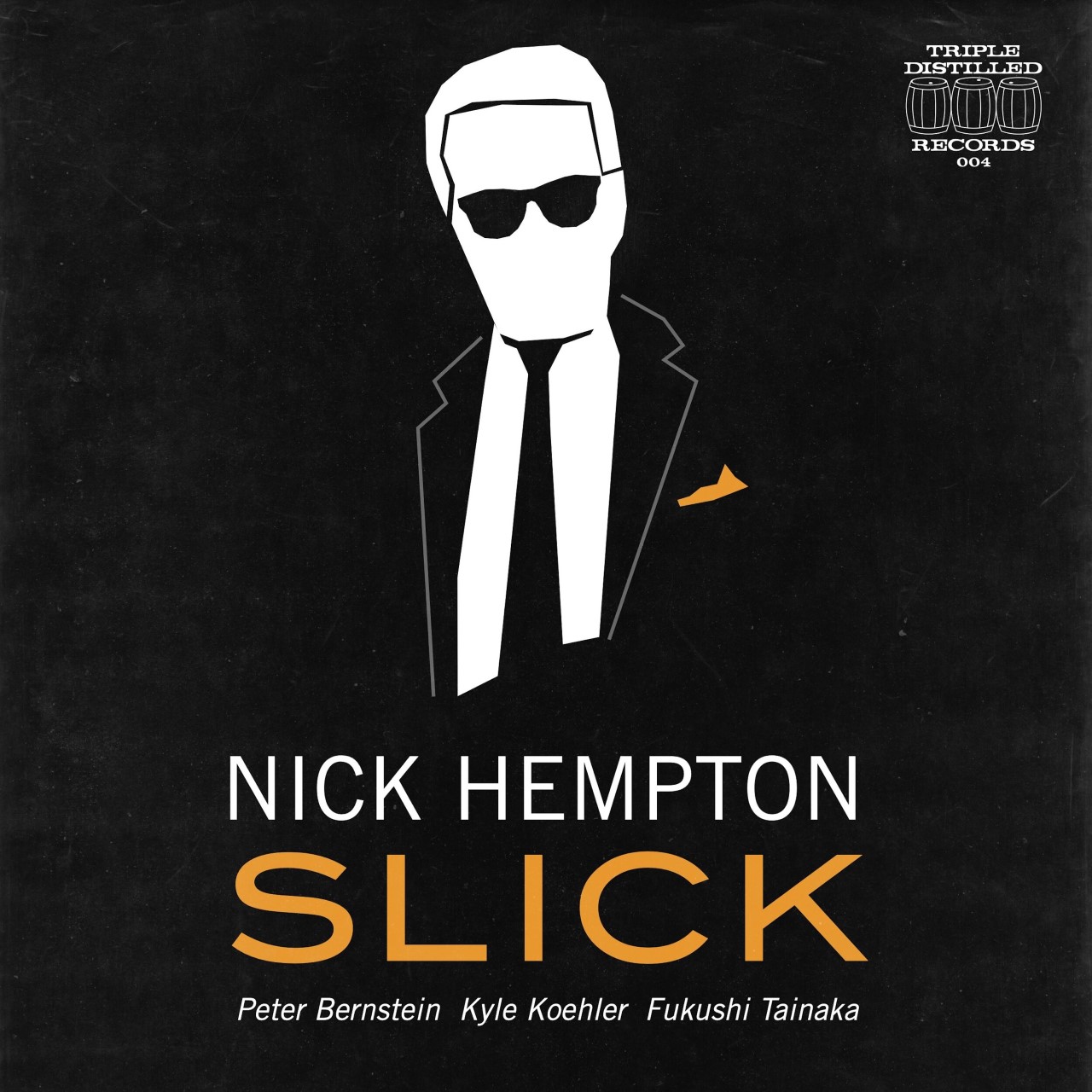 Nick will be appearing at The Django on Saturday, February 26th, from 10PM-1:30AM, featuring the band from the record!

In these days of streaming, with its emphasis on individual tracks/songs, the concept album is becoming extremely rare. This month, however, saxophonists Steve Slagle and Nick Hempton bring us new CDs that are superb concept albums. Steve takes a simple idea, the ballad collection, and enhances it with intriguing song selections, as well as a first class roster of fellow musicians. Nick takes an atavistic approach to the sax-organ combo of the 1960s and ‘70s, employing a vintage Hammond B3 organ, musicians together in the studio and not wearing headphones to hear one another, recording directly to tape. He also varies his repertoire and, like Steve, surrounds himself with formidable players.

Slick, Nick Hempton (Triple Distilled Records), features the leader dividing his time equally—five tracks each—between tenor and alto saxophones. While firmly rooted in the swinging soul jazz vibe of the 1960s and ‘70s, Nick avoids the temptation to repeat an infectious groove too much. His selections—six originals and four standards—re admirably varied in melody, tempo and rhythm. And the band he’s assembled is not only outstanding, but benefits from having worked regularly as a unit at Smalls Jazz Club in the Big Apple. The rapport developed on the bandstand is evident in their ease in moments of transition, especially in handoffs between Nick and B3 organist Kyle Koehler, like their give-and-take on Nick’s “Fryin’ with Fergus.” In aiming for an authentic sound, Nick is also fortunate to have drummer Fukushi Tainaka on board, as he was the drummer of choice for soul sax-organ combo leader extraordinaire, alto saxophonist Lou Donaldson, for over three decades. Rounding out the quartet is the superb guitarist Peter Bernstein, whose adroit, luminous solos contrast perfectly with Nick’s earthier takes.

Fukushi adds Afro-inflected toms on “Liar’s Dice.” “Born to Be Blue” rides over lush B3 chords, and “Upstairs Eddy” features a strong backbeat. On alto Nick is stylistically more diverse, from bebop (“Short Shrift”) to boogaloo (“Snake Oil”), bright and breezy (“People Will Say We’re In Love”) to sentimental (“The Gypsy”). Nick’s tenor playing is firmly in the Gene Ammons-Sonny Stitt tradition. It all makes for a delightful, varied take on soul jazz.The Nick Hempton Band with Peter Bernstein, guitar; Kyle Koehler, organ; and Fukushi Tainaka, drums, is at The Django on Feb. 26